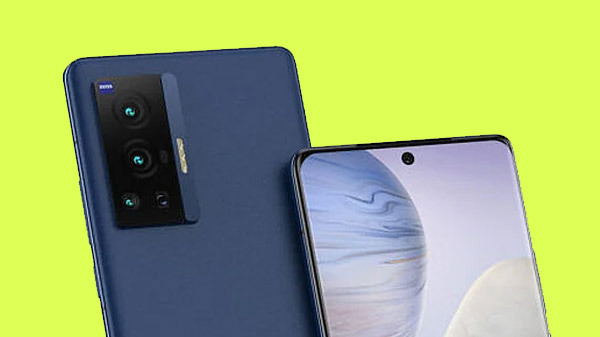 Vivo is ready to bring the successor of its flagship X60 series called the X70 next week in the global market. As many as three different models including the Vivo X70 Pro, X70 Pro Plus, and the vanilla X70 are said to break covers on September 10. The X70 Pro and the X70 Pro Plus have recently cleared TENAA certification confirming the upcoming launch. The entire spec-sheet of both handsets have also been revealed. In the latest development, the X70 Pro has been spotted on the China Telecom website. The specifications of the handset have been re-confirmed along with the design as well as pricing.

It is worth mentioning the Vivo X70 series is confirmed to debut just a day ahead in China than the global market (September 9). The China Telecom listing has shared the render images confirming a rectangular quad-camera module on the upper left of the back panel.

The front of the X70 Pro has a punch-hole positioned at the centre top and is surrounded by thin bezels around. The device has the power and the volume keys on the right panel. The bottom panel can be seen housing a USB Type-C port, SIM card tray, and speaker grille.

Moving on to the specifications re-affirmed by the China Telecom website. The Vivo X70 Pro is listed with a 6.56-inch AMOLED display with an FHD+ resolution of 1080 x 2376 pixels. The processor name is not mentioned; however, the listing confirms 12GB RAM and 256GB storage and 12GB RAM+ 512GB storage options.

One of the images has also revealed a 50MP primary sensor and a 12MP secondary sensor. Notably, this piece of information also corroborates with the previous TENAA listing and other leaks. The Android 11 OS and a 32MP selfie camera are also mentioned.