Vivo X70 Pro Gets TENAA Nod Ahead Of Launch; Camera Flagship Worth Waiting? 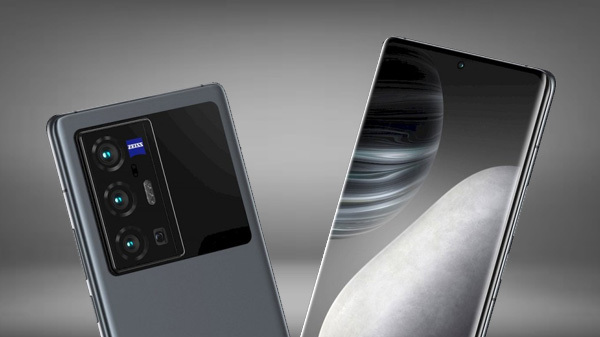 Vivo X70 Pro Gets TENAA Nod Ahead Of Launch; Camera Flagship Worth Waiting?

Vivo has slated the X70 series launch on September 9 in China followed by the global launch just a day after. There have been multiple rumours doing rounds online suggesting three models including the X70 Pro and the X70 Pro Plus besides the vanilla X70. The Vivo X70 Pro recently made sightings at the Google Play Console. Now, the handset has cleared its certification via TENAA which reaffirms its upcoming launch along with the spec sheet.

The Vivo X70 Pro has appeared on TENAA with the V2134A model number. We already have seen the handset bearing the same model number on other platforms as well. Two more Vivo smartphones with the V2132A and V2145A model numbers have been spotted on the certification website.

While the moniker of the remaining two models is unspecified, they are expected to be part of the X70 lineup itself. We might be looking at the vanilla variant and the X70 Pro Plus. However, this is just speculation and should be taken as a grain of salt.

The TENAA listing has only detailed the spec sheet of the X70 Pro and not the other models. The design has also not been updated on the certification website. However, the leaks have already confirmed the details such as a curved display and a wide camera module covering the upper half of the back panel with ZEISS branding lenses.

As per the TENAA listing, the Vivo X70 Pro (V2134A) model number will have a dimension of 158.30 x 73.21 x 7.9mm and 185 grams weight. The website’s information corroborates with the previous leaks and teasers hinting at the Dimensity 1200 processor.

The device will have an 8GB RAM and 128GB storage configuration. We are also likely to see 12GB RAM and 256GB, 512GB storage options. The Vivo X70 Pro is also confirmed to feature Android 11 OS with Origin OS skin on top.

The handset will employ a 6.56-inch FHD+ AMOLED display with a punch-hole cutout accommodating a 32MP selfie camera. The rear panel is said to sport a 50MP primary camera along with two 12MP sensors, and an 8MP lens.

The Vivo X70 Pro will offer an in-display fingerprint scanner for security. There will be standard Face Unlock and other modes of privacy features as well. The device is said to pack a 4,380 mAh battery unit which will have 44W fast charging support (as suggested by the 3C certification website).

Camera Flagships To Look Out For?

With all the known hardware, it wouldn’t be wrong to assume the Vivo X70 Pro is the next camera flagship. The high-end X70 Pro+ is expected to be slightly better than the remaining two variants in terms of camera hardware. Nevertheless, Vivo might lead the flagship segment with the X70 series launch if it gets the pricing correct.