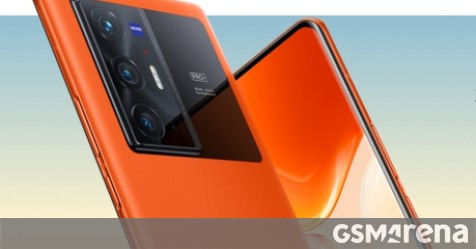 The vivo X70 series will arrive on September 9. The mightiest phone of the family will be the vivo X70 Pro+ which was already teased yesterday, and today a leakster revealed the full camera setup. The shooters, developed alongside Zeiss, will include a 50MP 1/1.31″ main snapper and a periscope lens.

The main camera will have a Samsung ISOCELL GN1 sensor. The ultra-wide-angle snapper will come with Sony IMX598 48MP sensor behind, while the third cam will be a dedicated shooter for portraits. Its sensor will be 12MP Sony IMX663 and will offer 2x magnification.

The periscope cam will have an 8MP sensor and will support 5x zoom. Three of the four shooters will also support OIS for video stabilization, with only the ultra-wide-angle shooter missing it.

The new flagship is expected to run on Snapdragon 888+ chipset, and its appearance on Geekbench suggests the same. It was tested with its V2145A model name on the benchmarking platform and scored 1156 with a single core and 3460 with multiple cores.

The vivo X70 Pro+ will arrive in Leather Orange and Leather Blue colors, but customers will also be able to purchase the device in Black color. It will be the only device in the lineup with leather back panels, the vivo X70 and vivo X70 Pro will have up to four paint jobs, all of them with a glass back.