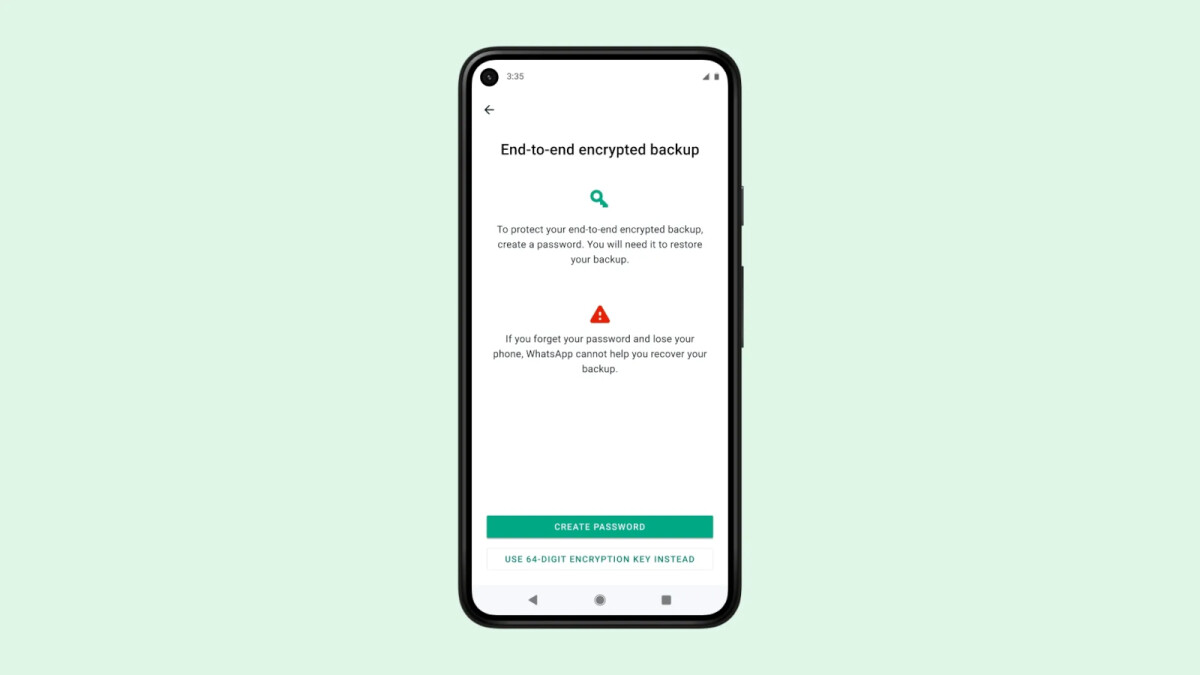 Those who’d like to start using the new feature and secure their end-to-end encrypted backup with either a password or a 64-digit encryption key can do so now. Obviously, neither WhatsApp nor the backup service provider will be able to read backups or access the key required to unlock it.End-to-end encryption for backup stored on Google Drive and iCloud will be rolled out gradually to those using the latest version of WhatsApp. Once you update your app, head to Settings / Chats / Chat Backup / End-to-end Encrypted Backup, tap Continue and follow the prompts to create a password or key.