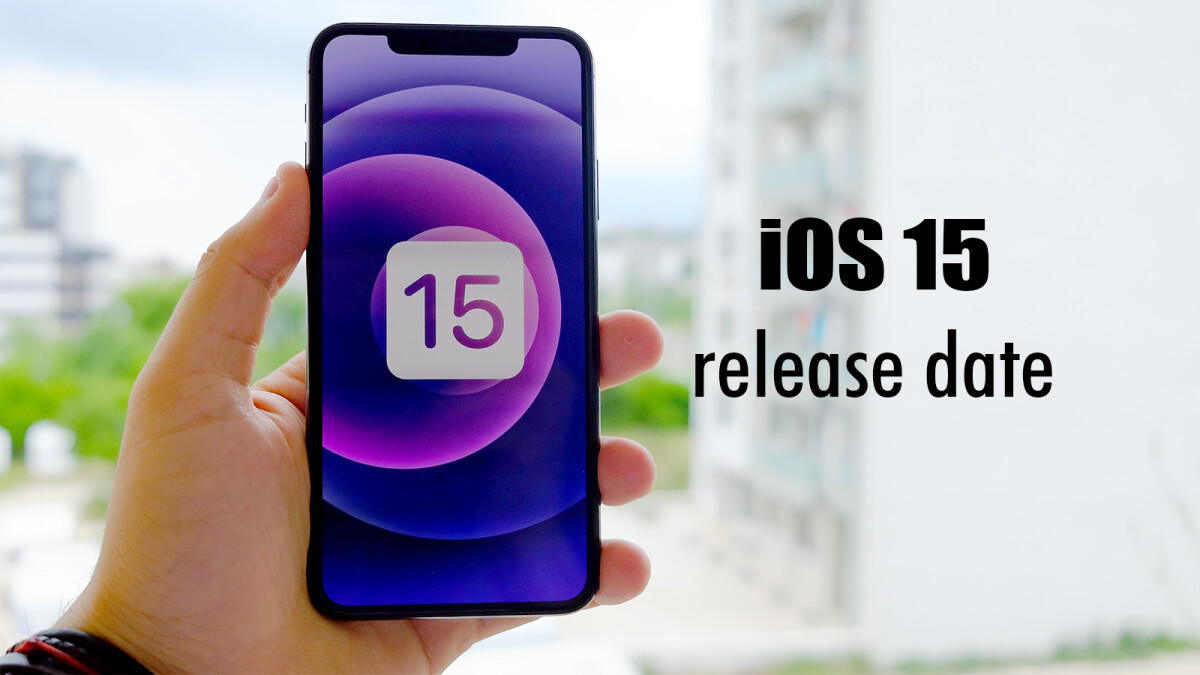 Apple’s “California Streaming” was chock-full of announcements, and aside from the hot new iPhone 13-series, Apple Watch 7, and new AirPods, one particular announcement will affect the lives of hundreds of millions of Apple fans across the globe. Of course, we are talking about the release date of the next version of iOS.
iOS 15 was announced earlier this year at the WWDC’21 developer summit and has since been available as both developer and public betas. We’ve already reviewed iOS 15 a few months ago, and found it an evolutionary rather than a revolutionary software update, aimed at ironing the rougher sides of iOS 14 and improving the user experience with quality-of-life enhancements to the interface. Of course, it also introduces a hefty amount of novel features, but you can read about these in our extensive iOS 15 review.
Without further ado, onto the most pressing question of them all:

Apple says that iOS 15 will arrive on September 20. And unlike Android devices, iPhones receive their software updates rather quickly, so it’s unlikely that you’ll have to wait long for the new version of iOS 15 hits you.

Is updating to iOS 15 compulsory?

For the first time ever, Apple won’t force you to update to a major iOS version in every way possible, which has technically been the established practice until now. With iOS 15, users will have the choice whether to update their device or stay on iOS 14. There’s no reason for you not to update your device as iOS 15 brings tons of improvements, interface touch-ups, and other goodies, but if due to some reason you’re unwilling to download and install iOS 15 and stay on iOS 14, Apple won’t constantly pester you.

Which iPhones are eligible to receive iOS 15?

Apple’s keeping on with its marvellous software update policy, bringing its latest software to devices that are more than 5 years old. The oldest supported device is actually so old that it even has a headphone jack and a capacitive Touch ID home button!

Here’s a list of all the iPhones that will get iOS 15:

What new features will iOS 15 bring?

How is Apple incentivizing the move to iOS 15? There’s tons of new features and improvements, but it’s true that these aren’t as major as iOS 14’s novelty features were. As a refresher, iOS 14 introduced home screen widgets and an app drawer to iOS, among other new features, which further closed the gap with Android’s feature set. Well, iOS 15 can’t boast such an impressive feature loadout, but it still has a lot going on for it.

FaceTime video calls are set to become way more natural, comfortable, and life-like.The app gains spatial audio support, allowing conversations to flow as they do when talking face to face. Another neat new feature is voice isolation, which prioritizes your voice over the surrounding white noise. There’s a new grid view that spices the interface up as well as portrait mode that intelligently blurs the background behind you.

Notifications are finally getting reworked. Aside from scoring larger and more impactful icons that make it easier to see what app is pinging you, Apple is also introducing something called Notification Summary. Basically, it lets you bundle up non-essential notifications from apps you don’t care about and have them delivered at a specific time of the day in a beautiful widget to not distract you in the meantime. That’s a great new feature that makes it easy to only get notifications from important apps and eliminate the fluff. This feature works nicely and is honestly a god-send, especially if you have many apps spamming you all the time.

Apple’s Photos app is taking cues from Google’s Lens, scoring OCR (Optical Character Recognition) and allowing you to isolate text from photos, screenshots, and other images in your gallery. That’s all to the new Live Text feature, which looks like quite an intuitive and useful addition to iOS.

Apple Wallet is becoming much more useful. After digitizing your credit and debit cards, the app is scoring UWB physical card support, allowing you to lock/unlock select vehicles and homes with your iPhone or Apple Watch.

Apple Maps has scored an augmented reality feature that helps you navigate your immediate surroundings. Select notable landmarks and buildings will now look spic-and-span in 3D, which is particularly impressive when it comes to Apple Maps’ neat Flyover feature.

The Translate app is getting better with each and every consecutive iOS update, and iOS 15 is no different in this regard. System-wide translation has finally been added to iOS, iPadOS, and macOS, allowing you to translate any text by simply tapping to select it and choosing the Translate option.

The note-taking iOS app scores tags that allow for easy search, as well as user mention and activity log that enables to keep tabs on who’s editing what.

The ubiquitous Weather app is getting a pretty functional redesign that not only improves the visuals but also scores new functionalities in the form of new graphical displays for relevant weather data.