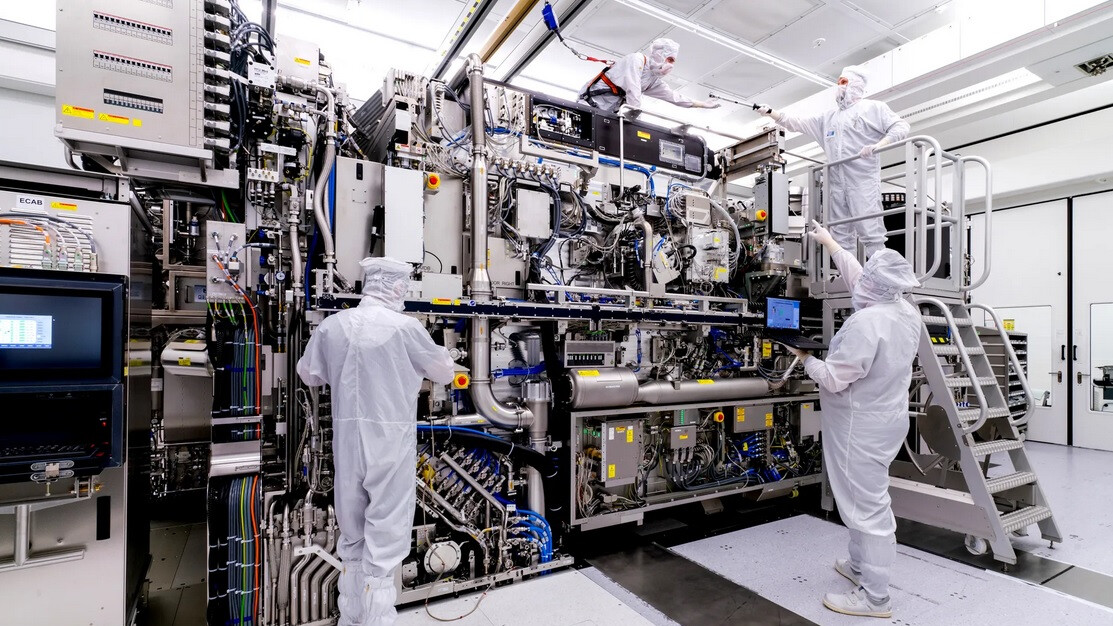 Many of you are familiar with Moore’s Law, the observation made in 1965 by ex Intel CEO Gordon Moore who noted how the number of transistors in a dense integrated circuit (IC) doubled every year. In 1975, Moore revised the Law to state that the number of transistors doubles every two years. Right now, top foundries like TSMC and Samsung are capable of building chips using the 5nm process node.

Without the EUV machine, Moore’s Law would have died a few years ago”

While TSMC was hoping to ship 3nm chips next year, the world’s top foundryis now considering the use of its 4nm process node for the A16 Bionic SoC instead of 3nm as expected. As a result, the 2022 iPhone 14 line might not be as powerful and energy-efficient as first thought. Samsung was hoping to start volume production of its 3nm components in 2023 while using the 4nm process node for next year’s Snapdragon 898 chipset.

The number of transistors powering today’s cutting-edge chipsets is incredible. Consider that Apple’s 5nm M1 chip is equipped with 16 billion transistors. How can you even design such a component? The answer is by using the extreme ultraviolet (EUV) lithography machines turned out by Dutch company ASML, foundries can etch small circuits into wafers that become the power chips used on smartphones, tablets, wearables, and other devices.
According to Wired, ASML introduced the first mass-produced EUV machine in 2017. The company is working in Connecticut on part of the next-generation EUV that will use advanced techniques to reduce the size of the wavelength used by the machine. This will allow chips to be designed with room for more transistors. The inclusion of more transistors inside a chip makes it more powerful and less energy-efficient.

Each EUV costs roughly $150 million which limits the number of foundries able to afford the machines to the top three (TSMC, Samsung, and Intel). A EUV is not only a huge investment, it is a huge piece of equipment that is approximately as large as a bus and contains 100,000 parts and 2km of cables. The light that emanates from the EUV bounces off several highly polished mirrors to etch features as small as a few atoms in size onto wafers.

The first chips made using the next-gen EUV machine could be produced by Intel. MIT professor Jesús del Alamo calls the new EUV machine an incredible machine. Working on novel transistor architectures, del Alamo says, “It’s an absolutely revolutionary product, a breakthrough that is going to give a new lease of life to the industry for years.”

As a backhanded compliment that shows the importance of EUV machines to the production of cutting-edge chips, the U.S. has been trying to block China’s access to the machines. The U.S. has put pressure on the Dutch not to issue any shipping licenses that would allow a EUV machine to be delivered to foundries inside China. And so far, ASML says that it hasn’t shipped a single unit to the country.

China’s largest foundry, Semiconductor Manufacturing International Corp. (SMIC), reportedly ordered a $150 million EUV from ASML and the Trump administration applied pressure to make sure that the machine never shipped. As a result, SMIC is several process nodes behind TSMC and Samsung which prevents Huawei from simply turning to the company to supply it with cutting-edge chips.

Will Hunt, a research analyst at Georgetown University, says, “You can’t make leading-edge chips without ASML’s machines.A lot of it comes down to years and years of tinkering with things and experimenting, and it’s very difficult to get access to that.” Huawei did turn to SMIC to build its Kirin 710A SoC using the 14nm process node. Discussing the EUV machine, Hunt points out that each component used is “astonishingly sophisticated and extraordinarily complex.”