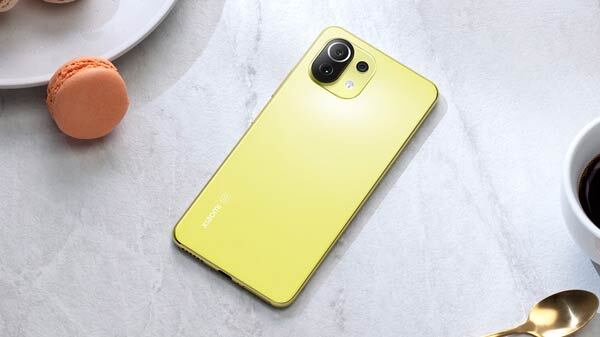 Xiaomi’s best flagship smartphones come from the Mi 11 series which was launched earlier this year. The company has launched the Mi 11 Ultra and the Mi 11 Pro along with vanilla and the Mi 11 Lite models. The company recently confirmed the Mi moniker would be discontinued and the upcoming devices will have Xiaomi badging. A new leak hints at the development of a new Xiaomi labelled handset dubbed the Xiaomi 11 Lite 5G New Edition. The pricing and specifications have been leaked giving us a fair insight into the upcoming smartphone.

The Xiaomi 11 Lite 5G New Edition features and pricing have been leaked by tipster Snoopy on Twitter. As per the leak, the Xiaomi 11 Lite 5G NE will be equipped with Qualcomm’s premium mid-range Snapdragon 778G processor. The smartphone will be launched with a 128GB storage option. The RAM details are not revealed. However, we can expect the company to ship this handset either with 6GB RAM or 8GB RAM.

The leak further reveals the Xiaomi 11 Lite 5G NE will have Android 11 OS pre-installed. This we can expect to be layered with a custom MIUI skin. The tipster has also revealed the camera specifications of the upcoming Xiaomi smartphone. The handset will be selfie-oriented housing a 20MP snapper upfront.

Notably, the fascia of the Xiaomi 11 Lite 5G NE has also been revealed which confirms a punch-hole camera cutout. The device will have three cameras at the rear with the primary sensor being a 64MP sensor. The main camera will get accompanied by an 8MP ultra-wide-angle sensor and a 5MP additional sensor.

As of now, the display and battery specifications remains under the wraps. But, with the features tipped above, we can expect an FHD+ display and a fast-charging supported battery to complete the spec sheet.

The only confirmed sources suggesting the Xiaomi 11 Lite 5G’s launches are the leaks and the rumors. Xiaomi has not given any official nod suggesting this development as well as the launch date. However, the anticipated launch is this month itself. Xiaomi should make some announcements related to its availability.

Nevertheless, the company would likely introduce this handset in India as well. We will keep you posted with the details. Also, the handset is said to be launched at 329 euros which roughly translates to Rs. 28,000 in Indian currency.

TCL 20 R is official with 5G and low price