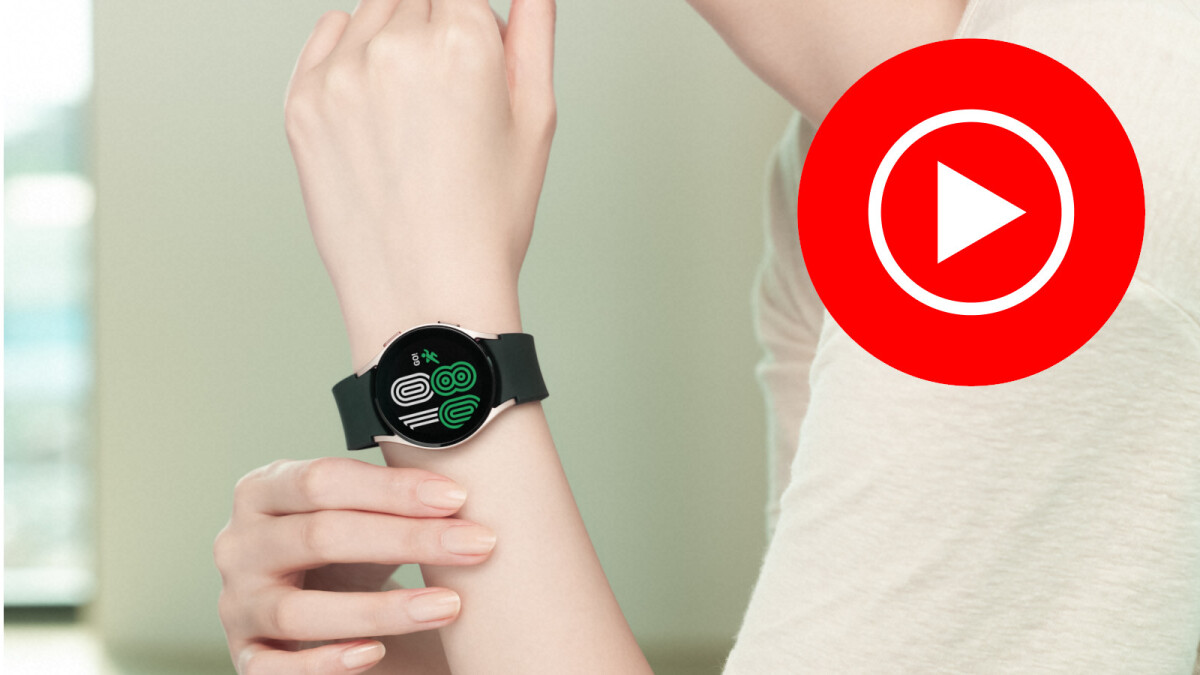 YouTube Music was just made available to use on Samsung’s new line of smartwatches a couple of weeks ago, along with the launch of the company’s most recent models: the sporty Galaxy Watch 4 and the traditional-looking Galaxy Watch 4 Classic.
Both remarkable pieces of tech in their own right, and available in a variety of sizes, these two devices are also the only watches that feature Wear OS 3, Samsung’s newest wearable operating system.
When Samsung announced that along with Google Maps, YouTube Music would only be available on Wear OS 3 devices, some owners of previous models, who didn’t plan to upgrade immediately, weren’t too worried.
Although Samsung may eventually include Wear OS 2 support for the apps in the (distant) future, many people assumed they’d be able to take a roundabout route and just download an unofficial version of YouTube Music app and still enjoy its features.
As 9to5Google notes, something like this worked with Spotify back in 2018, when a developer modified the smartphone version to get it working on Wear OS before it was actually supported.

No matter what you try, however, this time, there’s no possible workarounds that could allow you to use YouTube Music on any operating system older than Wear OS 3.

This fact was confirmed by some thorough hands-on experimentation carried out recently by 9to5Google, who tried every possible way to download the YouTube Music app on an older Wear OS device, namely the Moto 360.

The company ripped the APK (Android Application Package) from Wear OS 3 on the Galaxy Watch 4, and tried to sideload it over onto the older smartwatch. This immediately produced an error, which the Android Debug Bridge pinpointed to the fact that YouTube Music can only run on Android 11 or higher (requiring an API level of 30).
Smartwatches prior to the Galaxy Watch 4 series max out at Android 9 (API level 28). A mobile security analyst, who runs by the Twitter tag of @linuxct, managed to get over this initial hurdle, after he entered and modified the application code, manually lowering the requirement to an API minimum level of 28.

This fix finally allowed @linuxct to install YouTube Music on the Moto 360, but other problems arose. When he opened the app, he found other features weren’t working properly and were breaking on him, rendering the app unusable. Lowering the API level requirement had broken the Google login support, without which the app cannot function.

Even if the corrupted Google login could be restored, however it’s a long shot to expect any sort of success, as further modifications would be needed to bypass support requirements for newer APIs which Android 9 simply isn’t equipped to handle.

Yes, I decompiled the APK and decreased the min. API version to 28, which should match current H-MR2 devices, and I was able to repack and install it. However, because of resigning the application with my own key, the app loses its connectivity to GMS and I can’t login… (1/X)

This failed group effort to get YouTube Music working on older watch OS’s unfortunately means that if you aren’t willing to upgrade to the newest Galaxy watch generation, you won’t be able to avail yourself of the popular music streaming service.

More Wear OS 3 and higher devices are going to be piling in over the following years, however, so there will be plenty of opportunities to upgrade eventually, and gain access to all the features that Wear OS 3 has to offer.